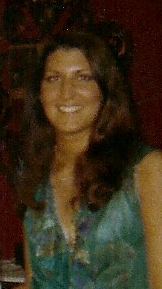 Morgan Davis, a native of Boston, MA, has had a passion for drawing and painting since childhood.

She holds a Bachelor of Arts Degree from Eastern Nazarene College where she majored in Spanish Literature and presented for her degree, her thesis on "The History of Spanish Equestrian Painting". She studied the techniques of renaissance painting at the Massachusetts College of Art where she gradually and adeptly learned to apply the principles of "glazes and scumbles" to achieve a greater sense of realism. Ms. Davis has also studied plein-air painting in various locations such as the DeCordova Museum, Concord, the North River Art Society, Marshfield, and the "Northlight Studio in Voluntown, Ct. with painter/author Foster Caddell. In addition, she also served a four-year private apprenticeship under the mentorship of master marine painter Michael Keane where she studied the techniques of 18th century painting in greater detail.